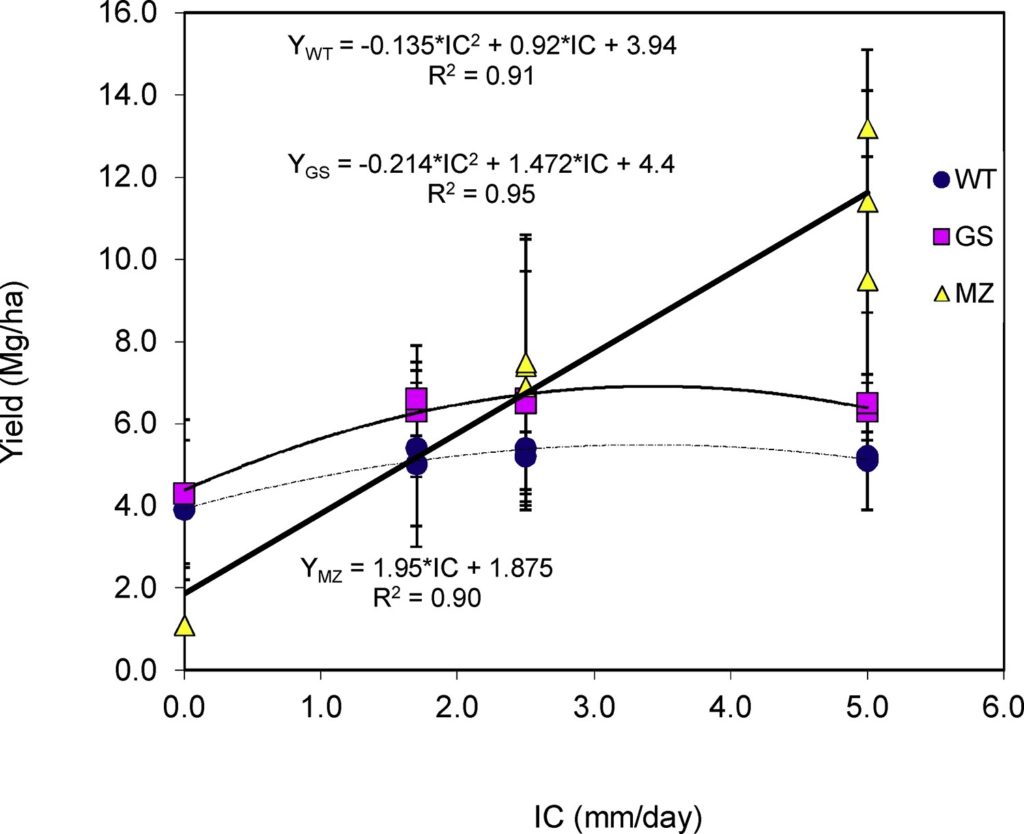 Profitability did not rise for wheat and sorghum with increased irrigation.

While corn was profitable under deficit and full irrigation, growing fully irrigated corn substantially increased profitability. However, the ability to grow corn using higher irrigation may not last due to rapidly depleting Ogallala aquifer groundwater levels in the area.