Each Ogallala state’s groundwater administration has developed on a slightly different timeline and with slightly different objectives. While scientific understanding of the connectivity of surface and groundwater systems lagged in relation to development of the resource, in general, the aquifer has been managed in most areas with an understanding that it is a limited resource. Water conservation efforts vary locally and on a state-​by-​state basis. As water levels decline, withdrawals from the aquifer will also decline as physical availability and economics dictate.

The following timeline of the aquifer’s development describes how we arrived at the current system of management and administration. 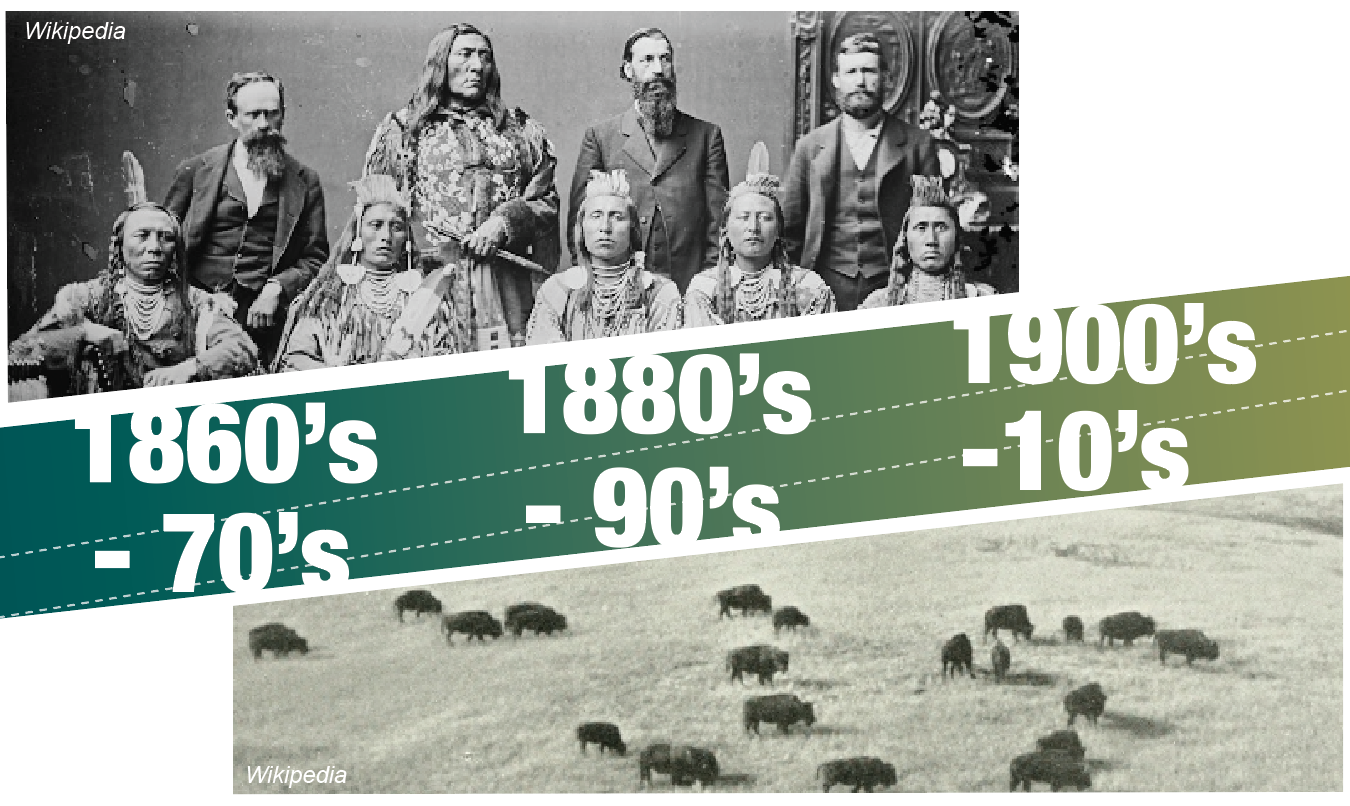 1874 – Introduction of barbed wire, allowing farmers to fence livestock out of crop fields

Water from springs at the head of Whitetail Creek, Keith County, Nebraska. The water issues from the upper part of the Broadwater Formation (Pliocene) just below the contact with the sands of the Nebraska Sand Hills, all parts of the High Plains Aquifer in Nebraska. Image courtesy of R.F. Diffendal, Jr., University of Nebraska.

1898 – Ogallala Aquifer named by geologist N.H. Darton after the formation outcrop near the town of Ogallala, NE 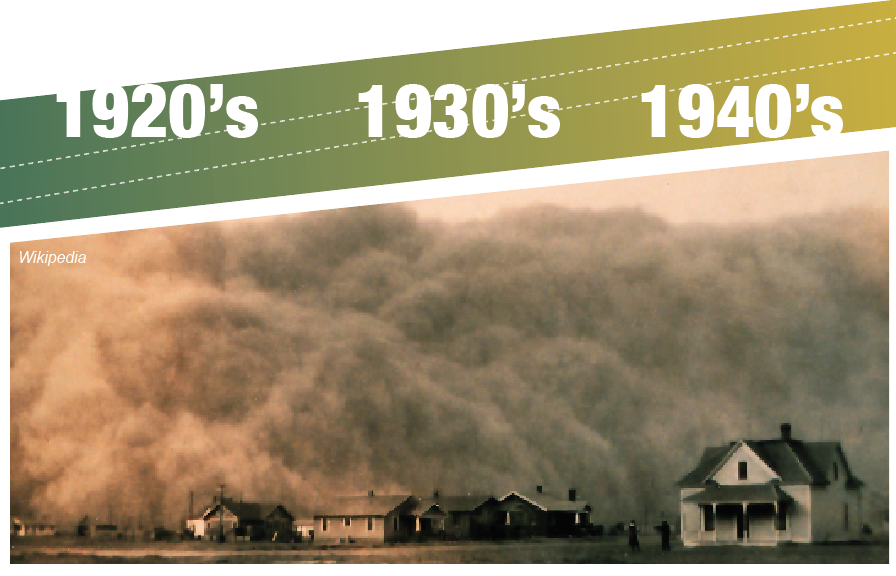 1932 – The Soil Conservation Service was established in 1932 to address Dust Bowl concerns; SCS moved from the Interior Department to USDA in 1935

1943 – Republican River Compact negotiated between NE, KS, and CO to share the river’s waters, fed in part by groundwater 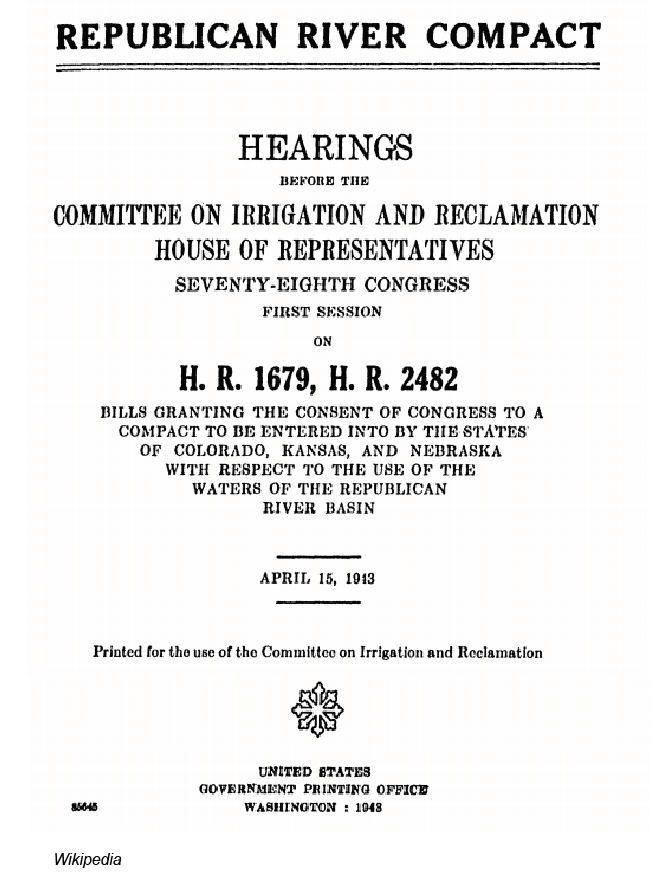 1957 – CO passes the 1957 Ground Water Law, requiring permits for new wells and establishing the Colorado Groundwater Commission, invested with the authority to identify critical ground water areas that “have approached, reached or exceeded the normal annual rate of replenishment

1960s – 170,000 irrigation wells were irrigating over 13 million acres from the High Plains Aquifer across the 8 states. 40% of US feedlot beef cattle were being fattened on the 6 principal Ogallala states 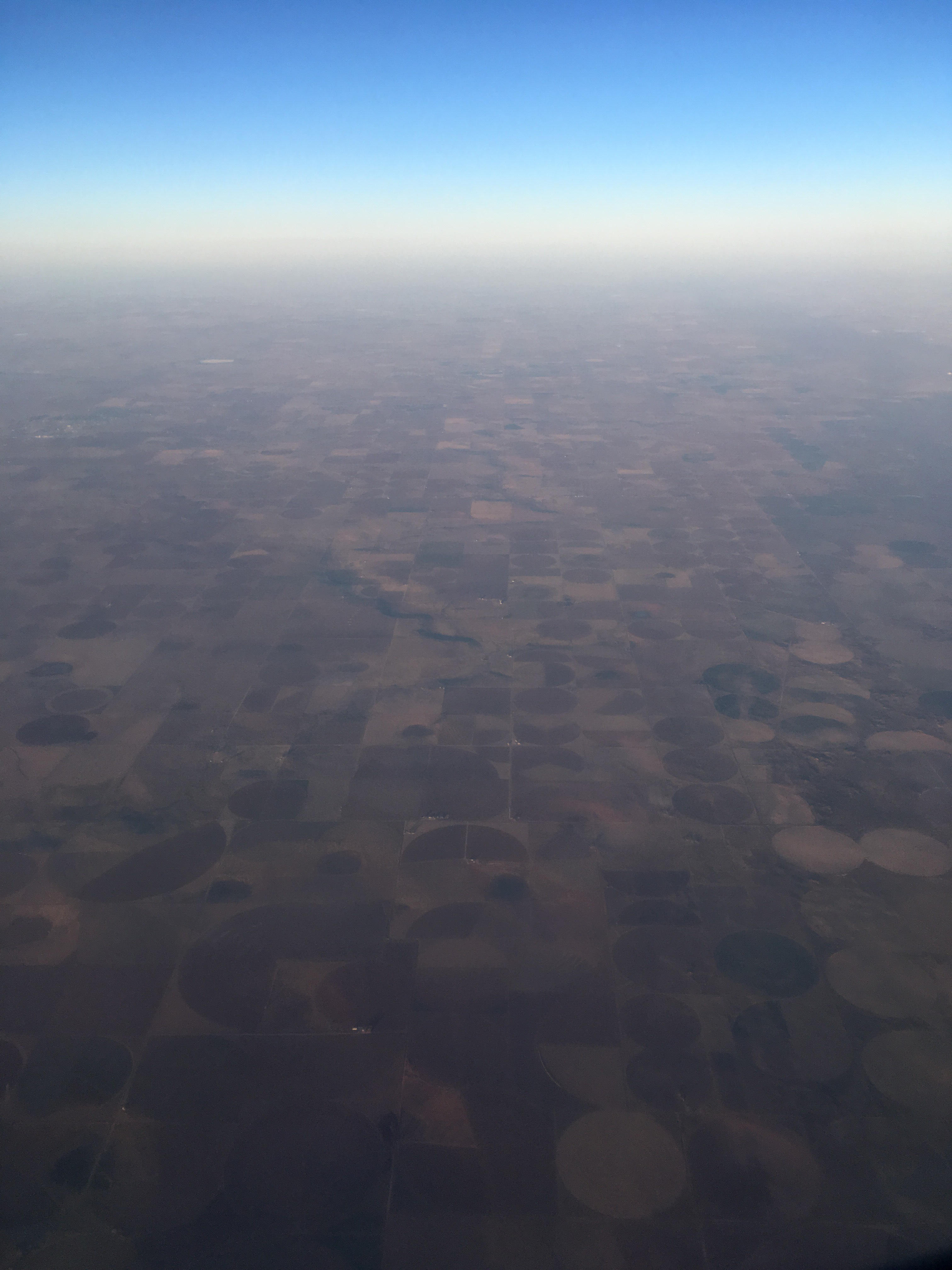 Aerial view of pivot circles in the Texas Panhandle. Winter, 2018. Photo: A. Kremen

1977 – Peak number of acres irrigated reached in the High Plains region. Irrigation has decreased slightly in some areas as water levels have declined 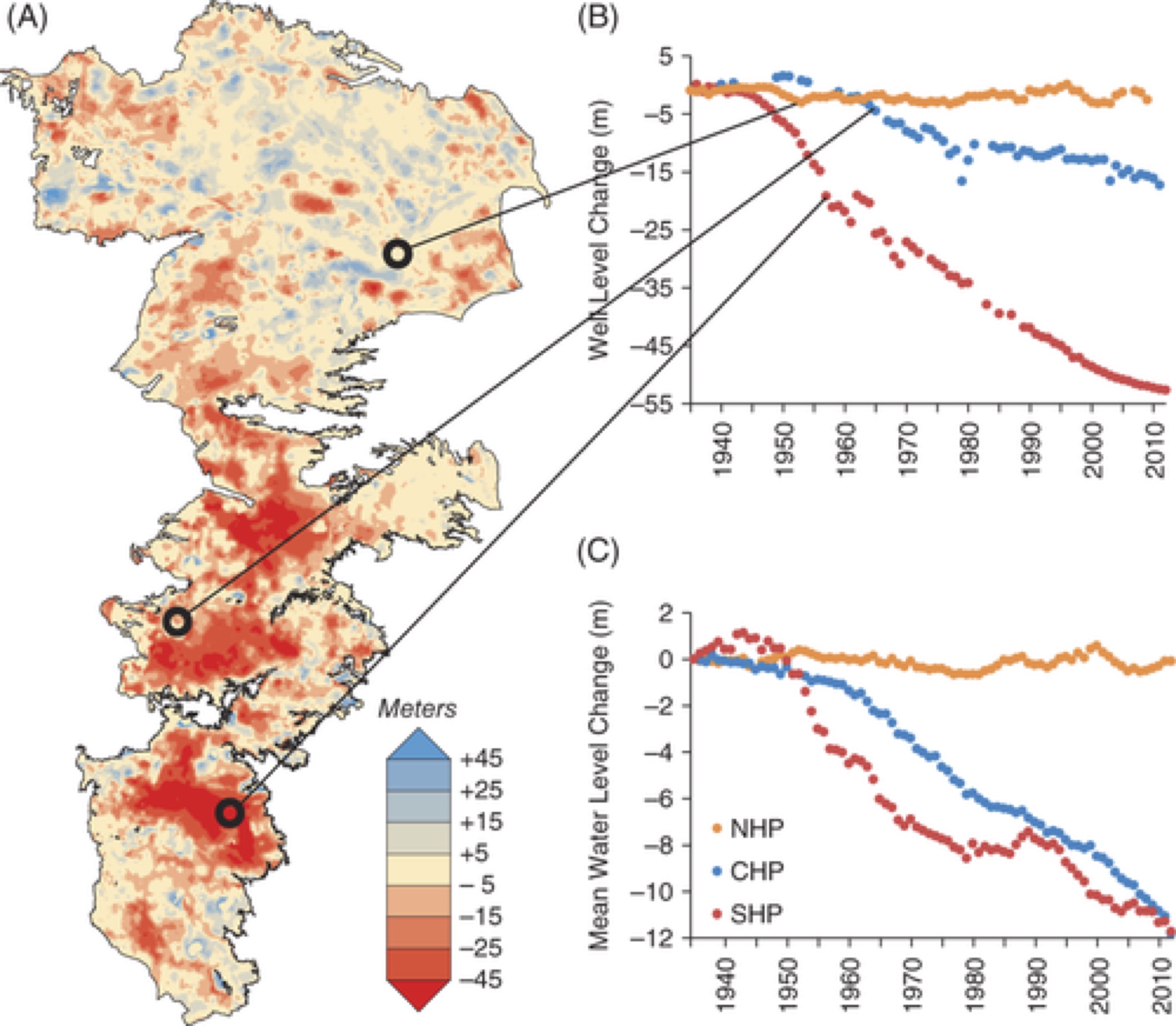 2005 – United States adopts first Renewable Fuel Standard, requiring the use of biofuels and driving the price of corn to record highs

(LEMA), where farmers agreed to a 20 percent reduction in irrigation for five years.

Screenshot, right: For a wide range of updated, detailed information about this LEMA including interactive maps, well data, and more, visit the Kansas Geological Survey website.

2017-​2018 – Southern High Plains region entered a period of persistent drought beginning in the fall of 2017, seriously impacting winter wheat and other crops including spring plantings.

2018 – The Sheridan-​6 LEMA (see 2013) was re-​instituted for a second 5-​year period, and a separate, “district-​wide” LEMA was designated in Northwest Kansas’ groundwater management district (GMD) 4.

2018 – In April, 200+ water management leaders from all 8 Ogallala states attended the Ogallala Aquifer Summit in Garden City, Kansas. Over 2 days, the group shared their expertise and perspectives on effective management practices and support systems (local, state and Federal policies, incentive and educational programs, markets, etc.) with potential to conserve water and sustain agricultural productivity in the Ogallala region.

This information was adapted (from material written by the Ogallala Water team and design elements created by Emily Pantoja/​Colorado Water Institute) initially published in the Nov/​Dec 2017 Ogallala aquifer focused issue of Colorado Water.