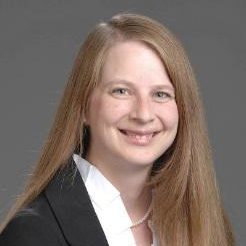 Dr. Guerrero received a Bachelor of Science in Agribusiness in 2002 and a Master of Business Administration in 2003 from West Texas A&M University. She earned her doctoral degree in Agricultural and Applied Economics from Texas Tech University in 2010.

Dr. Guerrero worked for the Texas A&M AgriLife Extension Service for 10 years prior to joining the Department of Agricultural Sciences in 2013 as an Assistant Professor of Agricultural Business and Economics at West Texas A&M University in Canyon, TX. Bridget’s research interests include socioeconomic modeling, water policy, production agriculture, and renewable energy. She is originally from Vega, Texas where her family farms.

On her participation in the Ogallala Water CAP project, Dr. Guerrero says "I am very excited to be working with economists and other disciplines with the same research interests from other states. This is a great opportunity to develop some long-term relationships with others who are having similar problems in terms of limited water. I believe that there is strength in working together towards a common goal.

I do think that through this project we can help identify strategies that will help irrigated producers in the region compensate for limited and declining water availability in their operations. These strategies should be focused on saving water, while at the same time, keeping producer profits and rural economies vital."